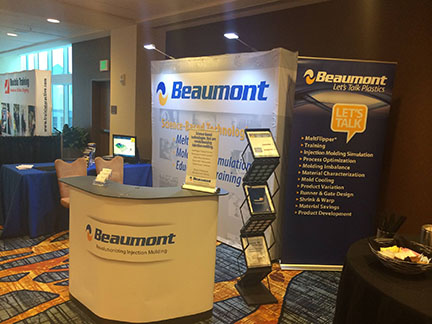 Regional Sales Manager, Todd Bresson, attended the Benchmarking conference for the first time this year. “MAPP was a highly informative conference for the plastic industry,” said Bresson. “The atmosphere was cooperative and open. This helped to foster networking among processors, suppliers and guest speakers.”

Alex Beaumont, Technical Sales Director, was thrilled to be at the Benchmarking conference for another year. “The MAPP Benchmarking Conference was a great success again this year,” said Beaumont. “The content of the talks were very eye-opening and the networking was top-notch. We are already looking forward to next year.”

The MD&M (Medical Devices & Manufacturers) Chicago and Minneapolis trade shows bring together professionals in the medical industry with a heavy focus on plastics and injection molding. Not only is it a trade show, but a place for exhibitors and guests to network and attend presentations. 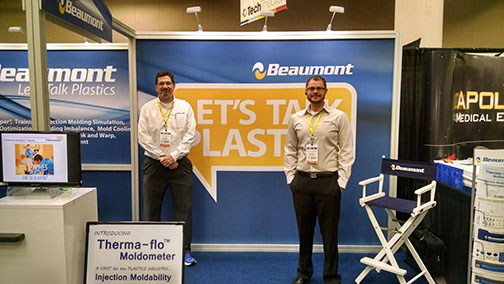 Midwest Regional Sales Manager, Kevin Rottinghaus, attended both the Chicago and Minneapolis show. “Both MD&M Chicago and Minneapolis shows were great,” said Rottinghaus. “Booth traffic was very strong. Many people that stopped were looking to learn more about Beaumont’s Continuing Education as well as our Therma-Flo Material Characterization software. The presentations were very informative and the networking was great.” 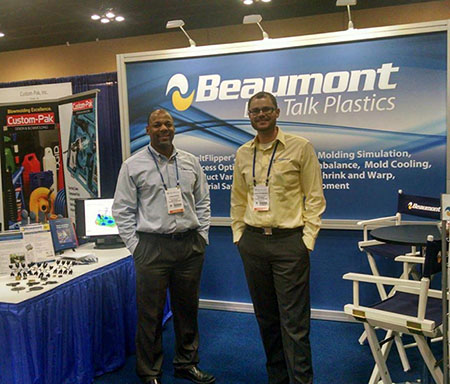 Overall, the three trade shows were a success. The Beaumont team is busy with preparations for the National Plastics Exposition 2015 in Orlando, Florida in March. Beaumont will be exhibiting in Booth W2692.